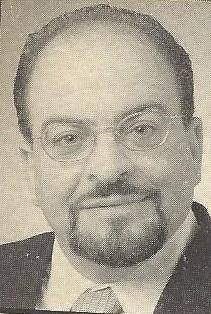 Ronald V. Cappello, age 65, of Yonkers died Wednesday, November 30, 2016. Ronald was born April 23, 1951 in Mt.Vernon, NY the son of the late Joseph and Marie (Papaleo) Cappello. Ronald was a graduate of Iona College with a Masters Degree in both Science and Art. He was a History teacher for the Yonkers Board of Education. Ronald was a devoted Mason serving as Sovereign Grand Master of the Ancient and Primitive Right of Memphis-Misraim, a member of the Hugnat Lodge #46 F.&A.M. for 34 years, he was also a member of the Bethlehem Crusader Knights Templar, the Royal Arch Masons, the Cryptic Masons, the Grand College of Rites of the USA, the Royal Order of Scotland, the Rosicrucian Order and the Knights Templar Order of the Temple. He was Past Grad Master of the Martinist Order of the Temple and a representative for the Grand Lodge of Western Australia. He is survived by his beloved wife MaryLou (Capone) Cappello, his daughters Robin Foti-Nadzam, Victoria Cunningham and Yvonne Foti, his grandchildren Alora Gerace, Kyra Nadzam and William Vanderlinden. Also surviving are his sisters Susan DeLorenzo and Frances Shikarides, his sister-in-law, Marion LaGrotte and 8 nieces and nephews. Ronald was predeceased by his brother A. Charles Cappello. Friends may call on Friday from 2PM to 4PM & 7PM to 9PM at Sinatra Memorial Home, Inc., 601 Yonkers Ave., Yonkers, NY. The funeral will be Saturday at 10:00 at St. Eugene's Church, 31 Massitoa Road, Yonkers. Committal will be private